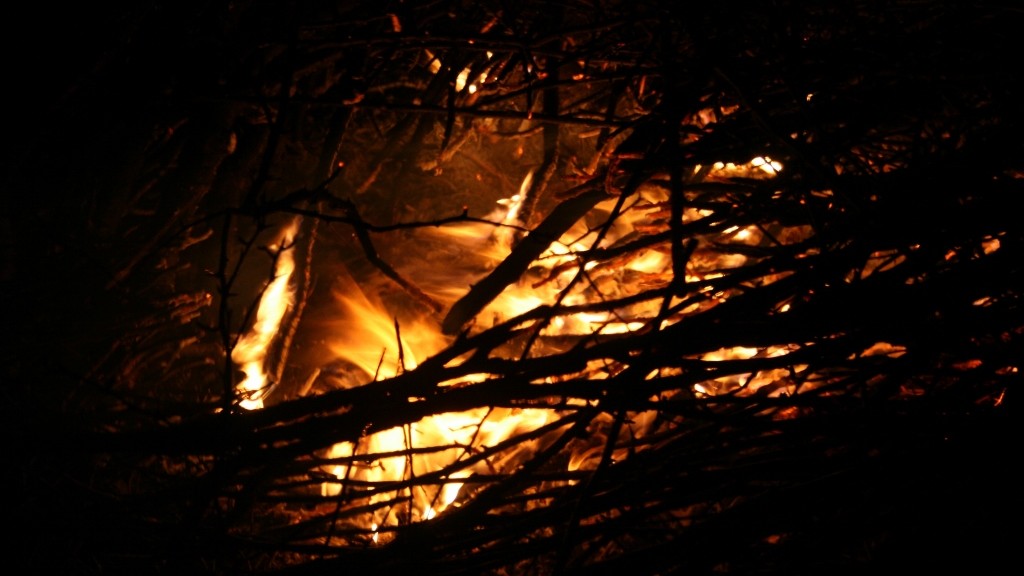 American Foul Brood is the disease that really gives beekeepers the willies. Once you’ve had it you never forget it; perhaps because there’s no remedy and the only thing to be done is to consign the  bees and their hive to the flames like a Viking funeral. It’s all drama but it’s not the worst thing in the world and winter is the time to learn a bit about it, then when you come across the symptoms in the summer perhaps a little light bulb will go on in your head. The sooner you find it the better – because then you can act and prevent its spread.

But before we go on, Like Dutch elm disease, the name American Foulbrood has no geographical significance other than referring to the place where it was first written about.

The causative organism of AFB is Paenibacillus  larvae subspecies larvae (Morton) – a spore forming bacteria, the spore being the distributive stage. For infection to occur, spores must be fed to larvae by nurse bees during the first 3 days of life as they become increasingly resistant with age. The spores hatch to rod shaped bacteria in the larval gut where they vegetate until the cell is sealed. At this time the bacteria become active, breaking out of the gut to invade the body cavity and haemolymph (larval blood equivalent) where they multiply rapidly. Infected larvae soon die of septicaemia (blood poisoning).

As the remains begin to decay they turn yellow then brown and finally black. The stuff of nightmares really sets in at the brown stage when the remains liquefy, such that if stirred with a matchstick they can be pulled from cells in slimy strands 10 – 30mm long (Morton). This is commonly known as the ‘ropey stage’.

Eventually the slime dries out to leave a hard, black scale glued so fast to the lower side of the cell it cannot be removed. The scales consist of millions of tough, resistant spores which are picked up by house bees as they try to clean up. They then inadvertently feed these spores to the young larvae and the cycle rolls again.

The ropey stage is sufficient field-confirmation of AFB for the beekeeper who must then inform Teagasc, as AFB is a notifiable disease. About 30 dead bees placed in a matchbox with a piece of comb containing suspect larvae wrapped in newspaper (Burke, O’Sullivan) but not too tightly or moulds may develop (Gochnauer) should be sent to Teagasc who will conduct a microscopic examination which will confirm it beyond all doubt – or not as the case may be. Samples should include the name and address of the beekeeper, the apiary and the number of the hive the samples came from.

Field kits are available to confirm AFB but if you have the ropey thing that’s enough in my opinion – it’s pretty unmistakeable. Don’t hang about – sort it out.

Scales will fluoresce in ultra violet light (Browne), if you have one!

Routine sampling twice a year would not be a bad idea in order to be sure.

There is no cure for AFB and bees must be destroyed. To do this, the entrance is securely plugged after bees have returned home for the evening, half a pint of petrol is poured into the hive through the feed hole and the hive is then sealed. The fumes will kill the bees in seconds.

A hole must then be dug, about 3ft square and a foot deep. Light a fire in the hole on a good windy day and when it’s good and hot add all the combs and the bees and burn.

Once everything is reduced to ashes in the pit – fill it in.

The hive/s  need not be destroyed but the insides must be gone all over with a blow-lamp singeing the whole lot to brown paying particular attention to corners and crevices. This is Hooper’s advice but others recommend that because the spores are infinitely tiny and horribly resistant to heat, cold and disinfectants, not to mention persistent – 35 years (Hooper), it is better to burn the entire hive than risk a repeat performance. That one is up to you.

In some countries, antibiotics are used but these only suppress the disease without destroying it and are quite rightly illegal here.

AFB is spread chiefly by the robbing out of dead or dying colonies but also by the beekeeper and by swarming. The beekeeper should endeavor to put in place both colony and apiary quarantine until the situation is resolved and to apply good beekeeping practice. The beekeeper should alert his/her neighbouring beekeepers so that they can be on the lookout and treat if necessary.

When a beekeeper thinks he has found AFB (or other disease) in a colony, but before confirmation and treatment, then to try and prevent spread, efforts should be made to isolate the affected colony as much as possible.

After samples of bees and comb have been taken for microscopic analysis by Teagasc then gloves, boots, beesuits, hive tool, and even the bellows of the smoker must all be thoroughly scrubbed with strong washing soda solution (Browne) or soapy water (Morton).

After complete disinfection of all equipment, the other hives in the colony must be gone through very carefully to check for disease. Whether or not signs of AFB are visible, samples should be taken from all other colonies and sent for analysis. Care should be taken to ensure that the samples are correctly marked with hive number etc. Equipment should be disinfected between colony inspections.

All hive parts should be marked with the hive number to make sure that they aren’t mixed up which could spread disease.

On no account move bees or equipment from infected apiary to uninfected apiaries. Wash all clothing but preferably leave it where it is. When Teagasc reports back with results of analysis all affected hives must be dealt with as above. Quarantine must be maintained for at least 6 weeks after treatment but can be relaxed after this time if no further sign of the disease is found.

A good level of apiary hygiene is important:

In praise of wax moth…

The wax moth is much maligned as a pest of the honey bee but it does serve a useful purpose in a functioning ecosystem by quite quickly reducing old abandoned nests to dust and thereby preventing any spread of disease.

In this country, AFB is a notifiable disease which means that if you find it you must report it to the authorities and they will come and supervise the destruction and disposal of your bees.

In other countries, if they find AFB early in the year and if it is a strong colony with a good queen, it is possible to save them by doing a shook swarm.

Gochnauer,T.A., Furgala,B. & Shimanuki,H. Diseases and enemies of the honey bee. In The Hive and the Honey Bee. Ed. Dadant and Sons. Dadant Publications. Illinois. USA. 1979.