By now we are all familiar with the mesh floor aka Varroa floor as part of our Integrated Pest Management.  There are obvious benefits to these but there are also a few snags and an unexpected flaw:

The main benefit to a mesh floor is that Varroa falling from the frames above drop through the metal mesh and meet a chilly end in the grass below. It is thought that up to 20% of hatching Varroa may drop out of the hive this way. All well and good.

Varroa floors can also be fitted with a removable slide below the mesh floor. This can be used to count the mite drop on a daily or weekly basis to assess the mite level in the hive and to decide when to treat.

Mesh floors also allow the much of the hive debris to drop through so there isn’t that accumulation you see on a solid floor and this helps to inhibit wax moth hell and other hive floor creepy crawlies.

Most of the snags with mesh floors relate to the fact that the bees can smell their colony through the mesh. If you move a hive up onto a taller stand, the bees will return to the vacant space where the entrance used to be and then go and hang up under the mesh floor. They will eventually re-orient on the new entrance but when carrying out such manoeuvres – it is best to temporarily put the insert back in or set the hive on a sheet of plywood or similar.

A more challenging variation on this theme is when a clipped queen tries unsuccessfully to swarm but then manages to crawl back up the legs of the stand. Gradually most of the bees in the hive follow her and a new colony sets up shop right there under the floor.

This can also happen when a virgin queen flies out to be mated and on her return she can’t locate the hive entrance; instead she goes under the floor and mooches about under the mesh. These cases are only resolved by finding the queen and transferring her into the hive.

It can be some time before the beekeeper realises something is wrong though – mostly the conclusion he or she comes to in the meantime is that the hive has gone queenless because there are no eggs and the bees in the hive are cranky and dwindling. Of course the colony under the floor expands, they draw wax, rear brood and eventually the ball of bees becomes visible to even the most short-sighted of beekeepers. Me for instance:

Within the wild comb is quite a quantity of capped brood so these bees must have been there for some time: 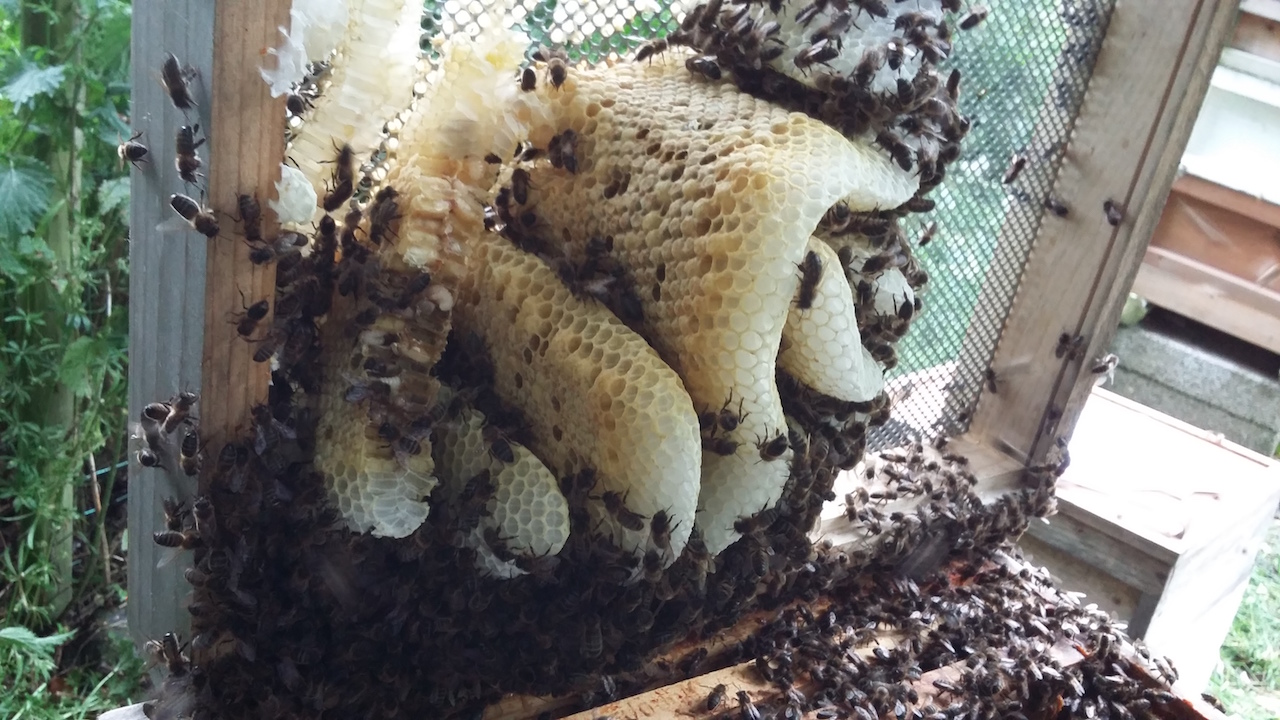 Thoughts of fixing these combs into frames was dismissed when we saw the shocking amount of Varroa present in the brood. Click this photo below for a close up – the white specks you can see on the inside of the cells are Varroa crap:

Sadly there was nothing for it but to dismantle the lot, gently shake the bees into the hive and destroy the brood which is more or less a shook swarm and an effective but drastic way of removing a load of Varroa.

Flaw in the Floor

This case illustrates the unexpected flip side to mesh floors – the heavy level of infestation is due directly to the mesh floor! As the remaining brood in the parent hive above hatched out – with their Varroa (because this is late June and like it or not Varroa levels are high), the Varroa either dropped from the frames through the floor into the lovely, fresh new colony or more likely were drawn down like BIsto Kids by the enticing smell of the brood. 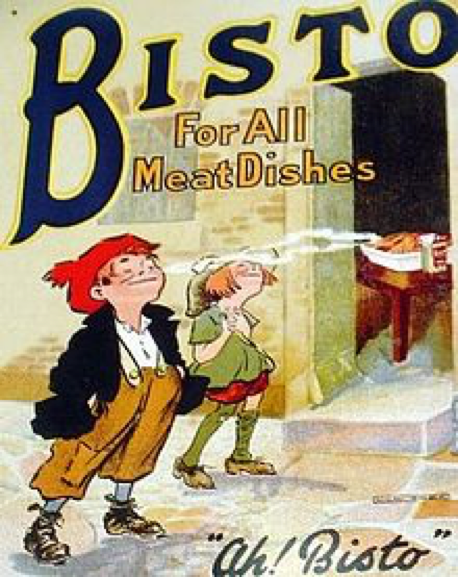 However – it has to be said cases like this are relatively rare and the benefits of mesh floors far outweigh the disadvantages.

Click this for more about the life cycle of Varroa

Click here for how to breed Varroa resistant bees